Best known for The Graham Norton Show, The Last Leg, The Jonathan Ross Show and as the original home of Strictly Come Dancing, Studio TC1 has a floor space of 10,800 sq. ft, a built-in lighting rig, the finest technical expertise and tiered audience seating if required. The venue also benefits from modern ancillary areas including dressing rooms, green rooms and production offices.

Situated on a mixed-use development with excellent transport links, TC1 has the added advantage of an outdoor forecourt; ideal for red-carpet events and outdoor receptions. An informal partnership with Soho House also provides exquisite hospitality, making Television Centre the perfect location for an array of functions. 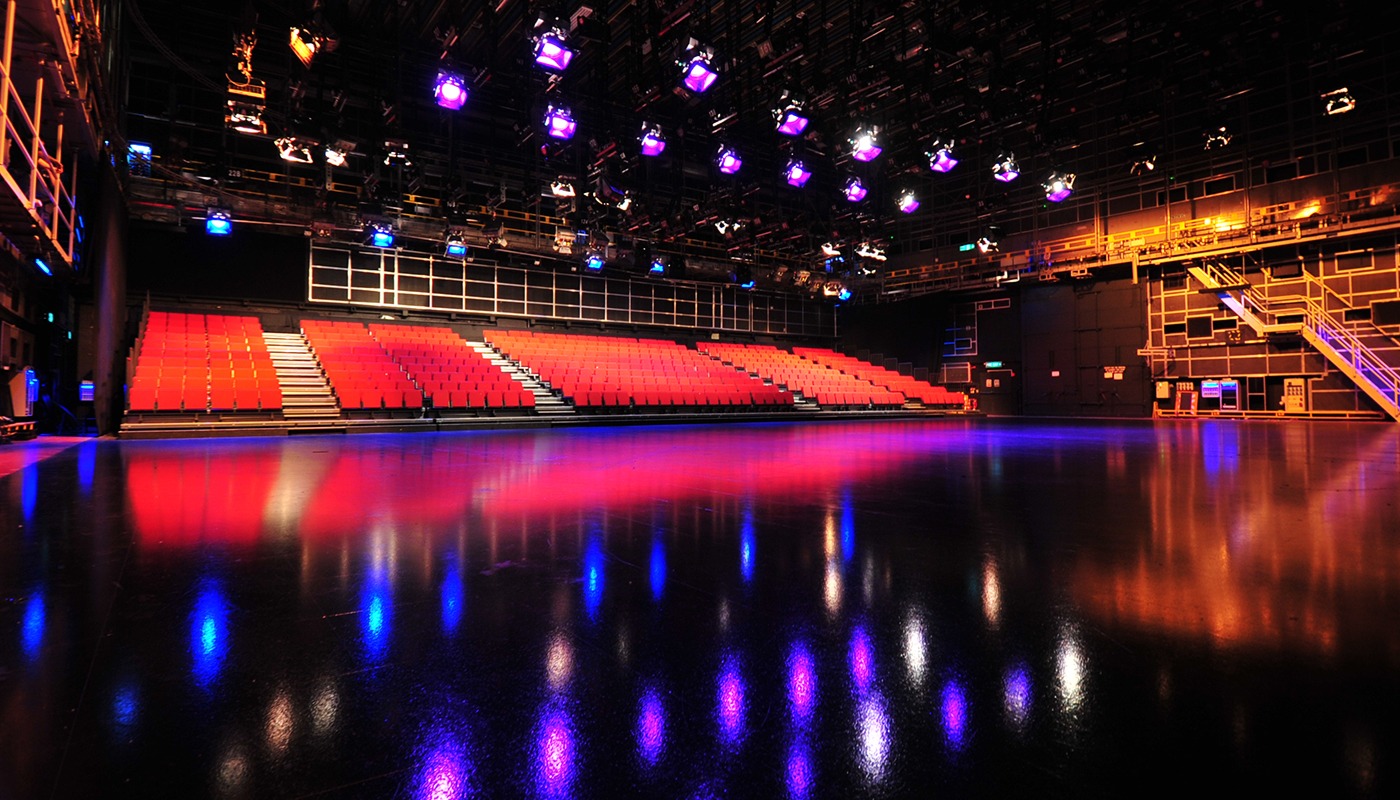 Studio TC1 becomes a cinema with a 15m wide screen

TC1 was turned into a high-spec cinema with a 15m wide screen, surround sound and seating for 600+ fans and special guests. BBC Studioworks’ cameras, galleries and tapeless record suite were used to produce multi-camera coverage of the event.

The private fan event consisted of a 20-minute sneak peak of the film two weeks ahead of it being released, a cast Q&A and a red-carpet media run starting at Wood Lane and extending into and around the iconic Helios forecourt at Television Centre. 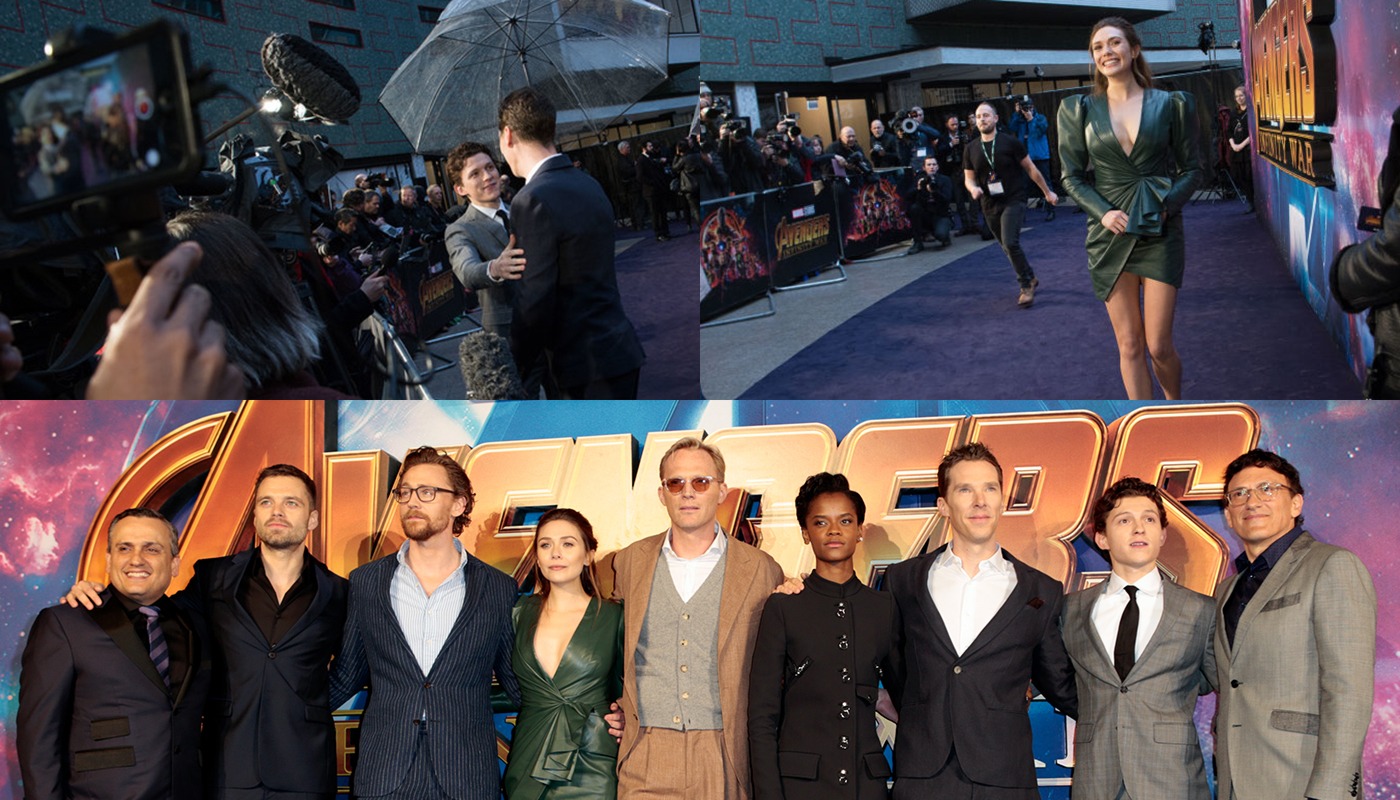 Stars of Avengers Infinity War walking the red-carpet in the Helios, Television Centre

Our scenic and electrical teams worked on both the external and internal elements of the event.

We facilitated the Founders Forum opening gala dinner for 500 guests. The evening started with a drinks reception in the Helios accompanied by various sculptures and an LED light tunnel, which made full use of the outdoor forecourt.

The evening then progressed inside TC1 where guests enjoyed a three-course sit-down dinner catered for by Soho House and an inside bar area. A bespoke light creation was suspended from the ceiling and was installed by our scenic and electrical experts who worked alongside the event producers to ensure a seamless evening.

Studio TC1 set up for the gala dinner

Our sister company, BBC Studios, asked us to facilitate its internal launch event for staff to mark its merger with BBC Worldwide. We utilised TC1’s 10,800 sq. ft. floor space with our 600-seater audience rostra, external staging and a colossal screen. 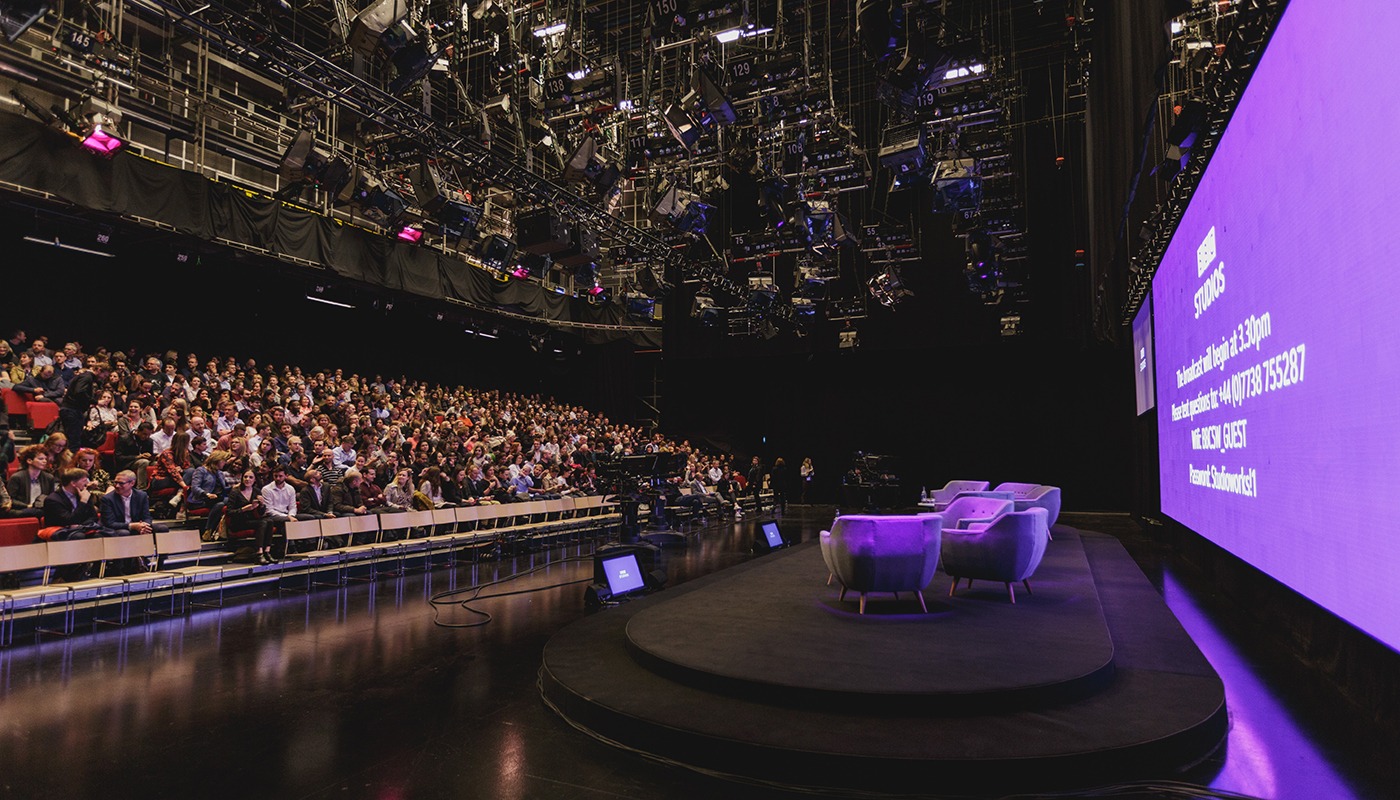 The event was hosted by TV Presenter, Broadcaster, and former Strictly Come Dancing champion, Ore Oduba, and saw Tim Davie (CEO), Mark Linsey (CCO) and the new BBC Studios Executive Committee take to the stage to talk through the organisation’s new vision, purpose and ambition and answer questions from around the world. Plus, special guest speaker, Sir David Attenborough, joined Oduba to discuss an increasingly exciting slate of natural history programmes. Post the presentation, the giant screen was lifted to reveal entertainment and hospitality for attendees.

The presentation was also live streamed to all BBC employees via the internal BBC ring main, as well as via live webcast. To facilitate this, the production company drew upon our technical expertise and equipment in the form of cameras, production and sound galleries, lines and connectivity.

For two consecutive years (2018 and 2019), we hosted The National Lottery Awards, a televised glittering awards show hosted by Ore Oduba, celebrating the work of outstanding lottery-funded projects and the people behind them.

Studio TC1 set up for the National Lottery Awards 2018

The set featured a large centre screen accompanied by wing screen structures, so the entire backdrop could change depending on the award being given. The awards also benefited from our state-of-the-art scenery hoist system, meaning multiple lighting trusses and screen columns could ‘fly’ without having to hire an external rigging company. 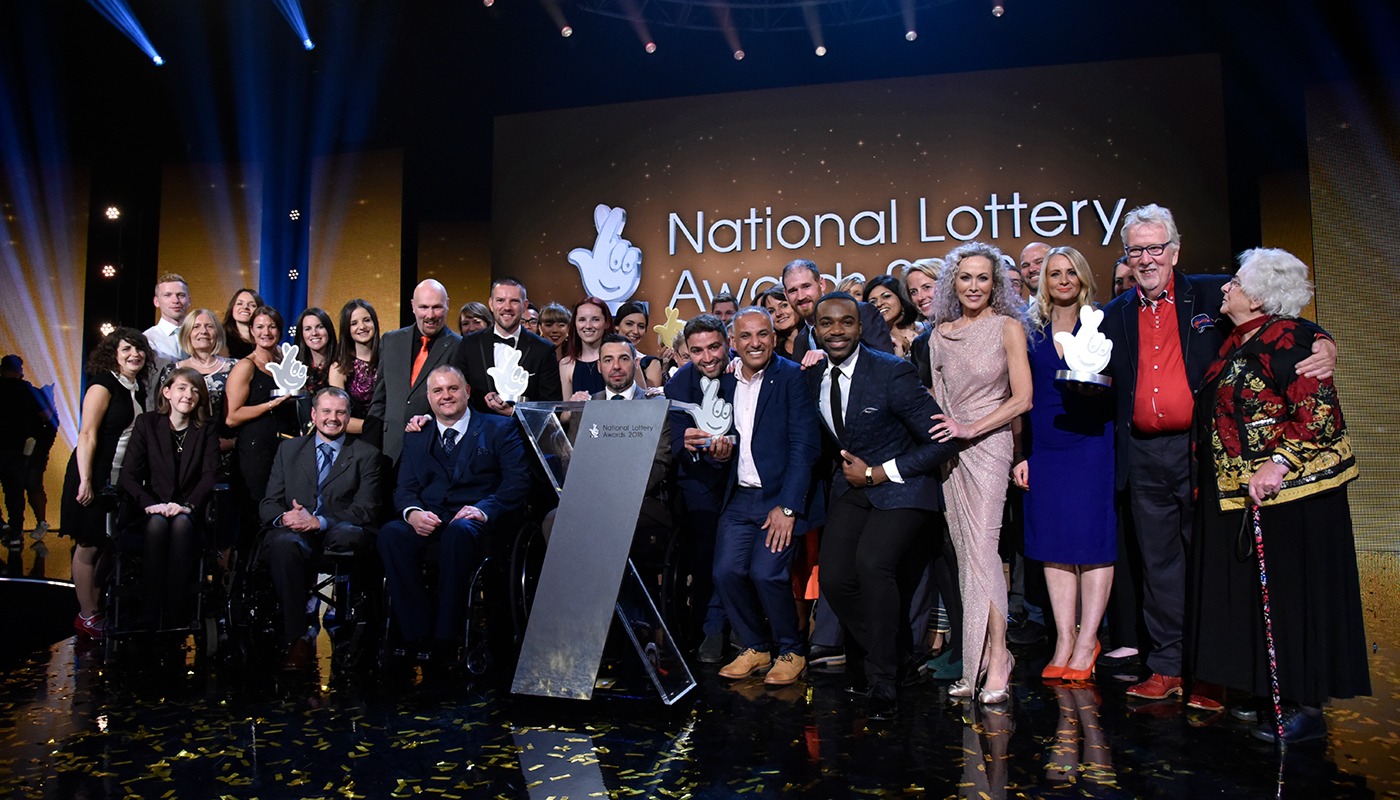 Presenter Ore Oduba on the stage in Studio TC1

The ceremonies utilised our built-in audience rostra which had the capacity to seat a public audience of up to 300 and 230 invited guests were seated on dinner tables in front of the stage on the studio floor.

We don't simply hire studio space...we create it. Our world-class TV studios are designed and equipped by our dedicated and talented teams

The fundraising extravaganzas is broadcast live from Studio D