The Jonathan Ross Show was the very first production to record at our renewed facility at Television Centre in 2017.

Recording from our largest studio at TVC in front of a live audience, 10,800 sq. ft. Studio TC1, is home to the primetime Saturday night show.

Produced by Hot Sauce, we most recently facilitated the show’s 18th series. 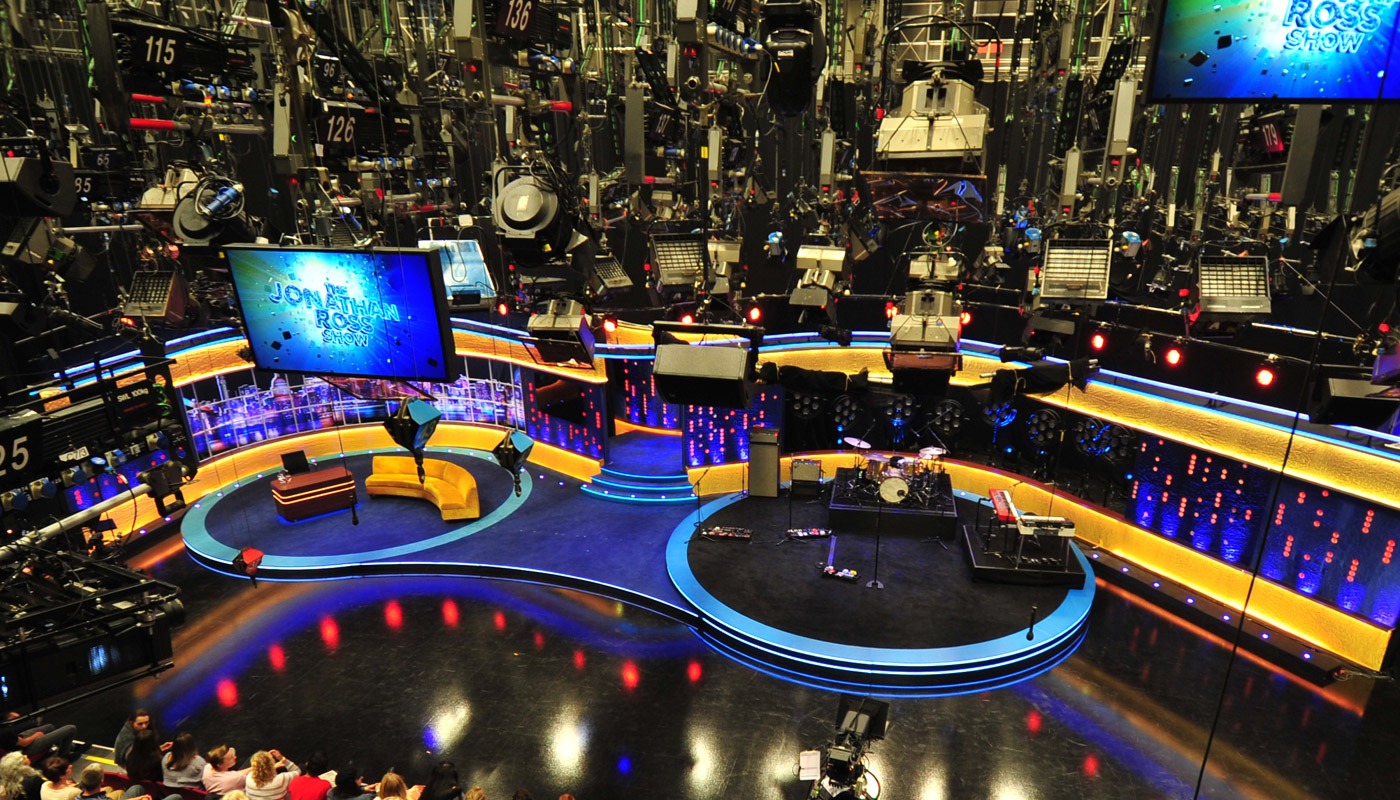 The Jonathan Ross set in Studio TC1 at Television Centre

The production benefits from a range of technologies at TVC, from 4k studio cameras and the latest in gallery control desks, to tailored ancillary areas including dressing rooms, green rooms and production offices. Our post production team also provides on the day VT editing.